A PORTRAIT OF ROSE

A Portrait of Rose, by Milan Svanderlik, depicts the life of Rose, mainly focussing on critical decisions she had to make during World War II, decisions that affected her own security and the fate of her children.  This Portrait, the story of a long life lived through the 20th century’s most turbulent times, is illustrated with 61 remarkable contemporary photographs, bringing to life the period from 1908 to 1946.

Milan Svanderlik’s mother, Rose, was born in 1908 in rural Croatia, then still part of the mighty Hapsburg Empire.   This portrait of her depicts a rustic childhood and adolescence on the family farm, overseen by her talented and strong-minded mother, Christina, effectively the matriarch of the family, particularly after her husband returns from the Great War a broken man.   But village life is not for Rose and she dreams of the more sophisticated life of towns and cities.   Her passport to freedom is the striking Theo, an officer in the Royal Yugoslav Army.   They marry and after some years on the military base of a country town, where they have two children, the family is posted to Zagreb, the cosmopolitan capital, where Rose enjoys the happiest years of her life.   As World War II looms, Theo’s unit is posted to Petrinja, an important garrison town, where Rose has to face her greatest challenges.   As the Yugoslav Army disintegrates, Theo simply disappears, leaving Rose to fend for herself and their children, Vera and Mirko.   With her husband suspected of joining Tito’s Partisans, making him a traitor in the eyes of Croatia’s new nationalist rulers, Rose and the children are threatened with the concentration camps.   In the nick of time, two guardian angels appear and Rose and her family are safe from the threats of fascist militias.   But what will happen when the war takes an unexpected turn?   Will Rose come to be seen as a traitor herself?   And what will her husband think if and when he ever returns?

This limited-edition, hardback volume (170 x 240 mm) contains 236 pages and 61 period photographs.  Digitally produced by expert printers in Germany, on high-quality, 170g matt paper stock, with an attractive, glossy binding, each volume is certified by the author as a limited-edition copy.  The eBook has already been published - see below.

Hardback version is now available at a price of 46 UK Pounds + p&p. To express your interest in puchasing this book, please send an eMail to the address below;  we can then advise you of the precise cost, including p&p to your home address.

All available to download from Apple iBooks, Google, Amazon. kobo and from a number of other eBook distributors worldwide.

Price: 2.99 Euro (this may vary slightly from one outlet to another)

Hardback and eBook versions (English only) 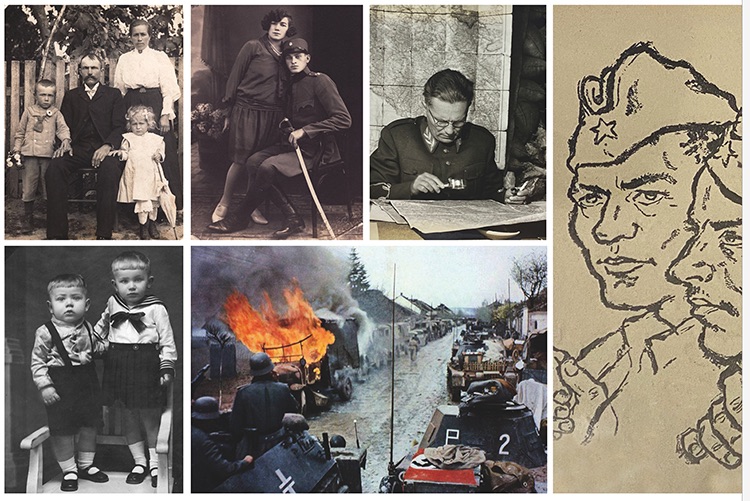 A Portrait of Rose eBook has been published by Epubli GmbH - Berlin, Germany  and is available world-wide.

It is available to download from Apple iBooks, Google, Amazon, kobo and from a number of other eBook distributors worldwide.

Price: 2.99 Euro (this may vary slightly from one outlet to another)

During 2021 Milan published a companon volume  "Sketches from Childhood " and  this is already avilable in four languages as eBooks, see below 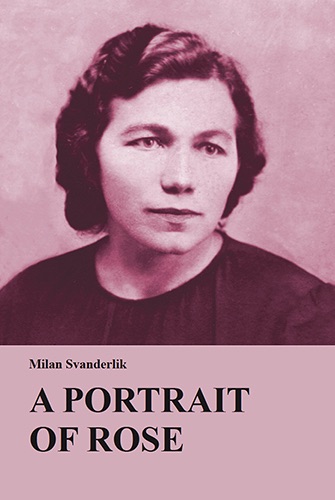