In recent years, Milan has had two major, non-commercial solo exhibitions of his portrait photography in central London - 100 Faces of London, in 2012, and Outsiders in London, Are You One Too? in 2015.   These formed Parts I and II of his London Trilogy and together, they featured 180 photographic portraits, seen and admired by many thousands of visitors.

Formal studio portraiture is a photographic art form practised nowadays by only the few, but Milan firmly believed that, using this approach, the resulting portraits were as much the creation of the sitter as they were of the photographer.   This studio-based technique, with generous time allocated for each portrait, has engendered a closeness between sitter and photographer that seems almost tangible in many of the portraits.  Echoing a remark of the great Irving Penn, Milan has observed that a photographer working in this way cannot but help ‘fall in love a little’ with each of the sitters he observes through the lens.   Inner beauty and spirit are released, allowed to surface, and instantly captured, to be frozen for all time.

On this page, you are invited to view a few samples of the types of portrait in which Milan has specialised - please note, these were not commissions and several have been drawn from his two major, not-for-profit exhibitions;  these exhibitions can still be viewed online and the dedicated websites can be accessed via the following links:

100 Faces of London and Outsiders in London.

Rosie, one of the 100 Faces of London 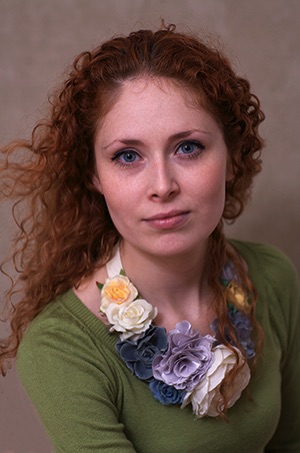