Thirty-two photographs of Shoreditch and Whitechapel, taken during 1975, illustrating the great hardship, neglect and desperation that preceded a period of major redevelopment and change.

"As a relative newcomer to London, and under the influence of the major ‘social-documentary’ photographers of the day, I photographed these two areas of London, both literally adjacent to the prosperous and fabulously wealthy ‘Square Mile’ of the City of London.   Neglect, poverty and desperation were tangible and, to my eyes, very shocking.   The older generations seemed lost in space, with the previous waves of immigrants being replaced by those from the Indian Sub-Continent.   Some locals still lived in old tenement blocks and post-war ‘prefabs’.   One had the impression that the whole place was trapped in a strange time warp.

I suspect that most of the children in my photographs would witness the extraordinary transformation of this drab and neglected place into a fashionable and desirable part of London, full of colour, trade, and artists’ studios - but this was an area with many dark corners and sharp edges;  these remain still, adding to the character of the place. "

All 32 original images that made up this project have been donated to the Tower Hamlets Local History Library and Archives. 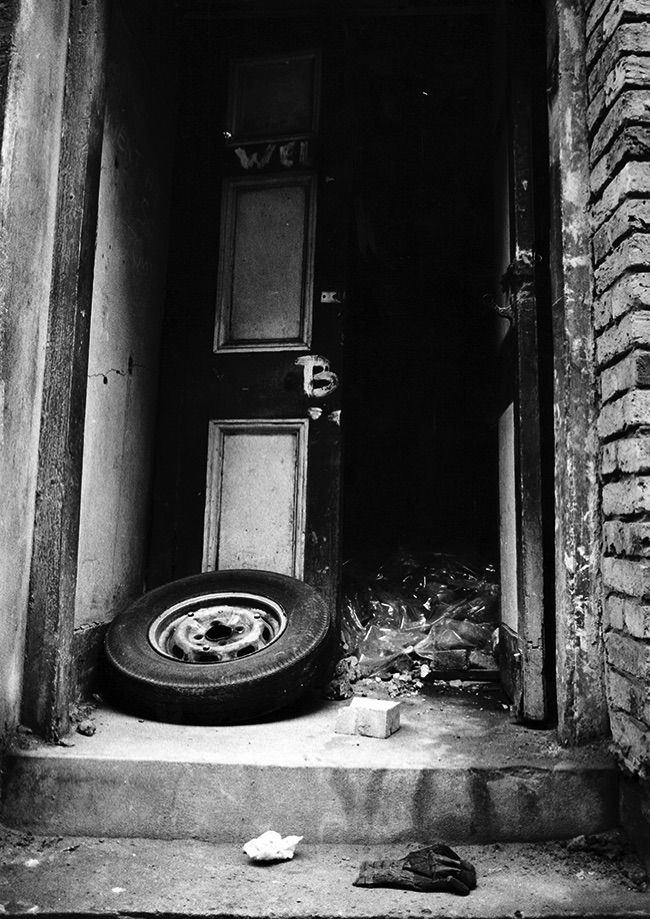 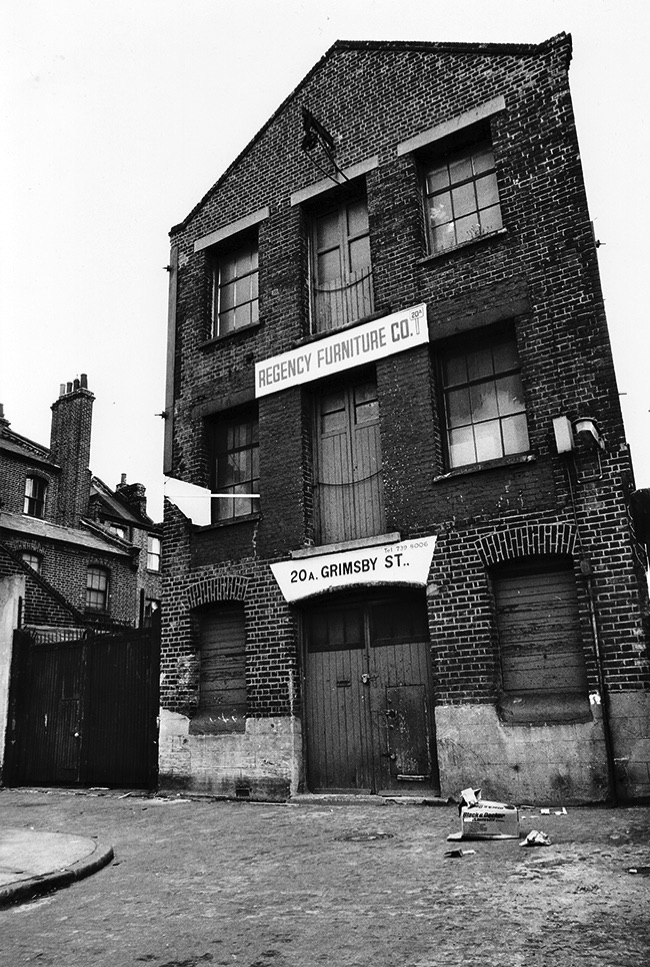 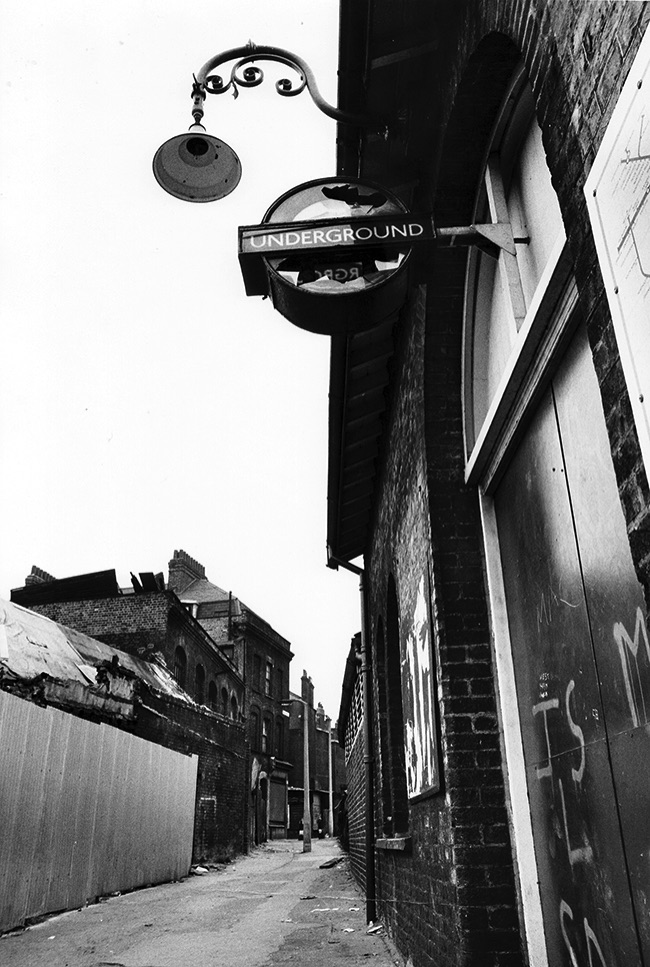 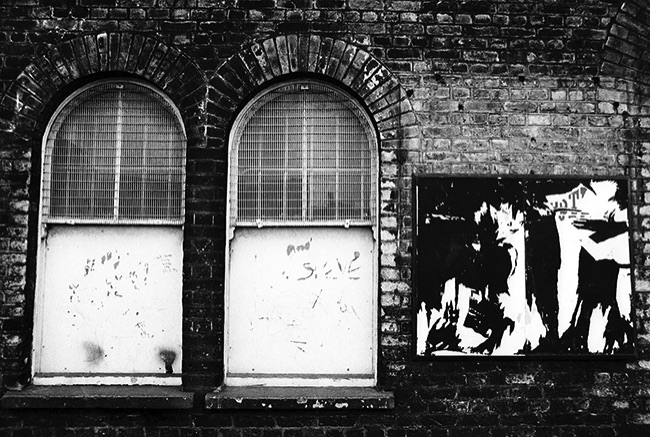 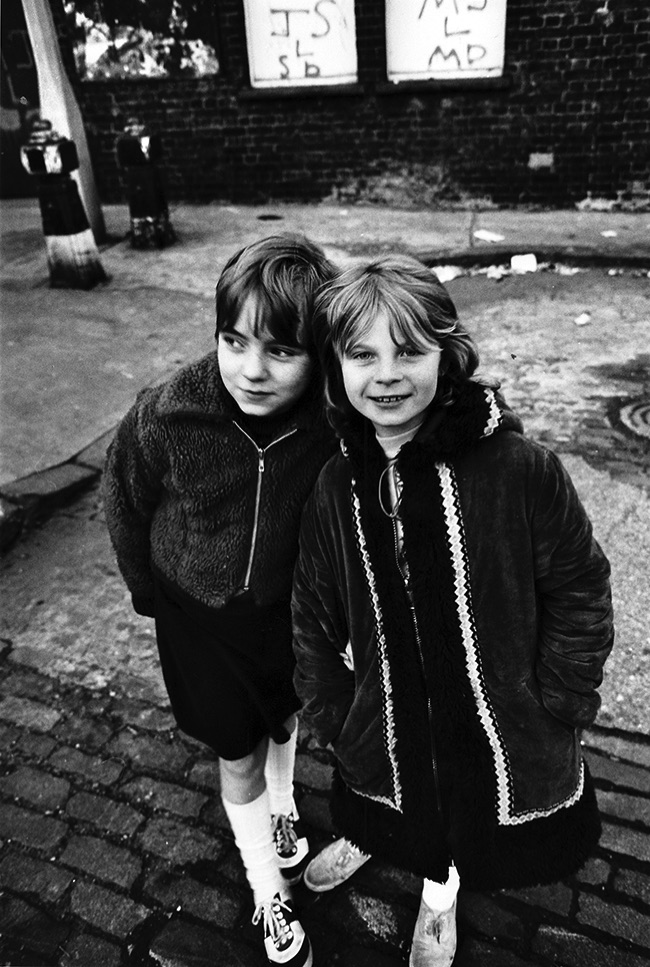 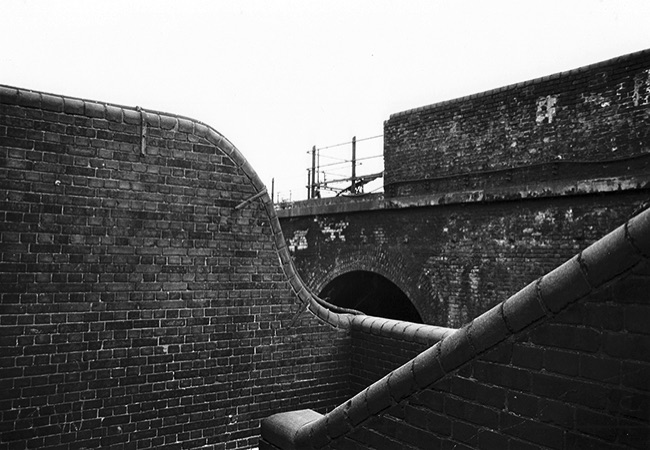 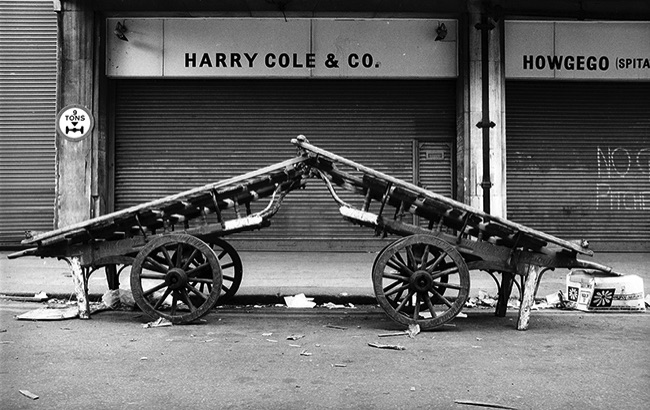 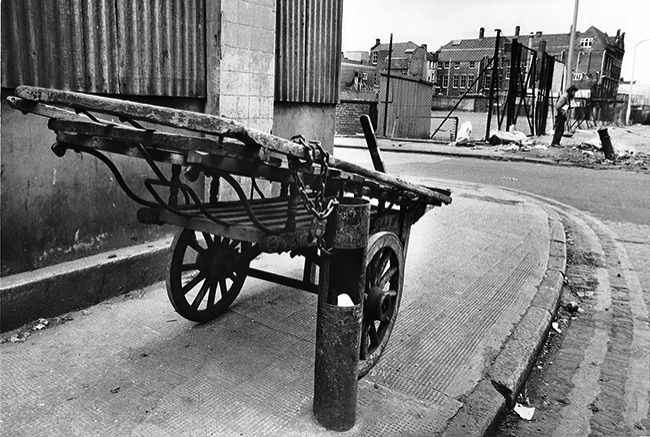 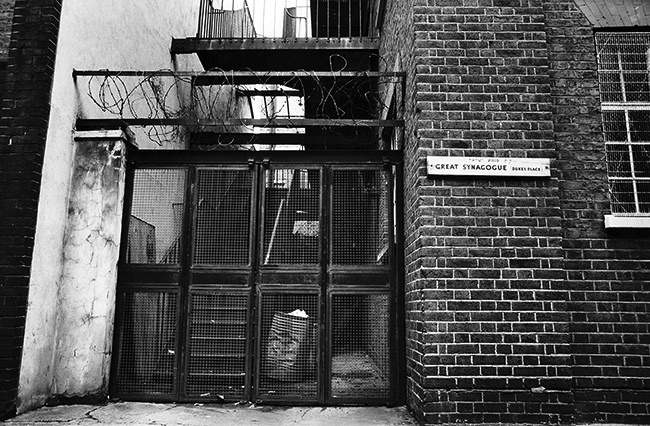 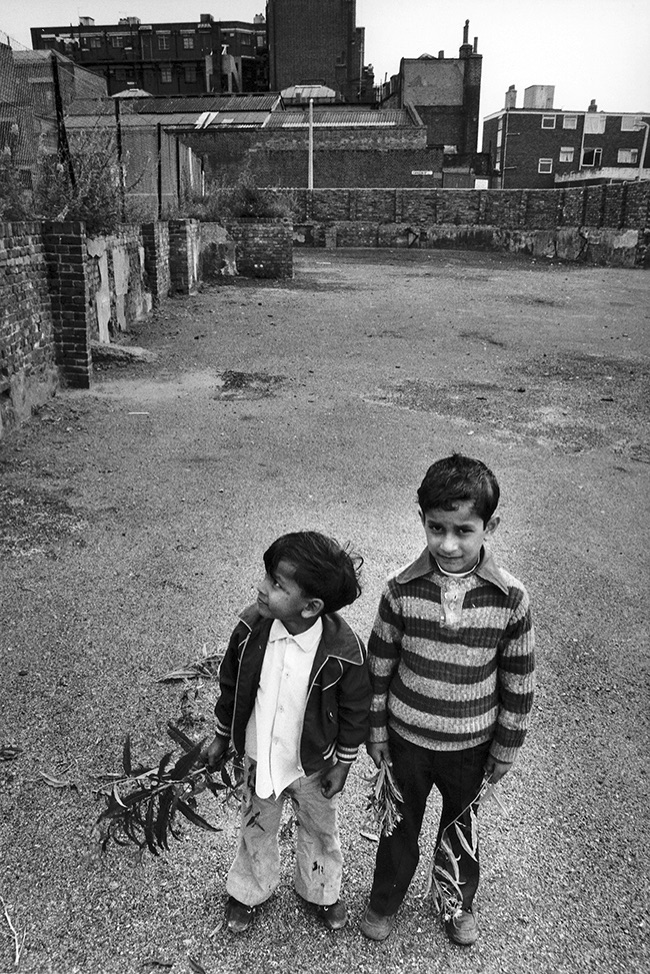