Milan Svanderlik was born in 1948, in Northern Bohemia, and was educated partly in the former states of Czechoslovakia and Yugoslavia, and partly in the UK.  He has lived and worked in Croatia, in Switzerland and for over 40 years in London, from whence he relocated in the Autumn of 2022 to the West of Scotland.  A veteran observer of the extraordinary diversity and beauty of nature, people, and life in general, Milan studied Botany abroad and Photography in London – combining both these interests, he has in the past exhibited plant photographs in London’s Photographers’ Gallery.  In addition to portraiture and plant studies, Milan’s extensive photographic work has encompassed travel photography, landscape, still life and photo-reportage.  As a UK civil servant, Milan worked as a photographer at the Royal Botanic Gardens, Kew, where he later became Head of Media Resources, with responsibility for graphic design, photography and publishing.

Work on Milan’s recent, major, artistic endeavour, his London Trilogy, commenced in 2010 with 100 Faces of London, comprising portraits of 100 Londoners and celebrating the extraordinary diversity of people who live and work in the capital. This highly successful project culminated in a five-week solo exhibition of all 100 portraits at The Gallery in the Crypt, St Martin-in-the-Fields, in the run-up to the 2012 Olympics.  Seen by several thousands of Londoners and tourists alike, the exhibition was well received.

This project can still be viewed online at:  www.100facesoflondon.org

The London Trilogy Part II, Outsiders in London, Are you one, too? was Milan's second solo exhibition to be held at The Gallery in the Crypt, from 23rd March to 8th May 2015.   Over the show's seven weeks, the work was seen by over 8,000 visitors.  With strong links to its predecessor, it too emphasised the extraordinary diversity amongst Londoners, this time with much more background about the sitters and a more explicit socio-political slant.

This project can still be viewed online at:  www.outsidersinlondon.org

The recently-completed, Londoners at Home: The Way We Live Now forms the concluding component of the Trilogy and can certainly be seen as furthering Milan's interest in exploring the extraordinary diversity of the capital's inhabitants and the lives they lead.   In this final project, Milan stepped out from the studio, photographing people in their own homes or the places where they live.

The completed project can be viewed online at:  www.londonersathome.org

Milan continues to be active in the field of photography, although he is unlikely to mount any further, non-commercial, public exhibitions - after 10 years' work, the massive London Trilogy is now complete.

However, Milan continues to sell limited-edition prints of his studies of plants, still life and landscapes.  He is one of Epson's DIGI Graphie artists. 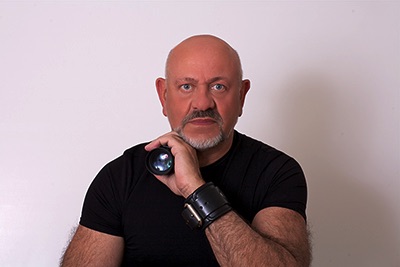